Make your JSON code tidy by adding it all in the tool either by copy/pasting or by uploading the file. Click on the “Process” link to get access to more options for turning your JSON code beautiful.

JSON BEAUTIFIER – GIVE YOUR CODING A BETTER APPEARANCE

Servers online require data to be in plain text, which is why they prefer two data interchanging formats, one is XML, and the other is JSON. The JSON format is entirely based on text, and JS (JavaScript) syntax whereas XML is a markup language which uses tags to define sections in a document.

The data sent to servers is viewable in the web browser and applications we use on smartphones and computers. Also, most of the apps today use JSON to exchange data between similar applications. So, if your JSON code appears messy and unpresentable to the client then instead of putting a manual effort in it, let our JSON pretty print tool be of some assistance.

After transformation in the JSON beautifier tool, you will be able to see a significant difference in your current and previous version of JSON code. The beautified form is simple, straightforward, and easily editable. No doubt, it becomes difficult to make alterations in code that is messy, because you cannot locate your very own errors, especially if you accidentally minified it before finalizing it.

The JSON Beautifier online not only gives your work a proper formation but also checks for any mistakes that can be fixed automatically. If you are planning on setting them manually, then you will be given the line number where the error is located so you can take care of it.

The JSON is still not very well known, and it will take people some time to turn to this format. People who developed apps that use XML for data exchange do not want to switch to JSON. The reason is their good hold over XML plus it has some similar features, and also, they think JSON isn’t secure enough and can be easily breached in to.

HOW TO USE THE JSON BEAUTIFY TOOL ONLINE

The primary purpose of the JSON pretty print PHP is to make your JSON code look neat and clean, means properly formatted and without errors. If you are finding it difficult to use the tool, then the below-given steps can be followed to put our tool to some good work. 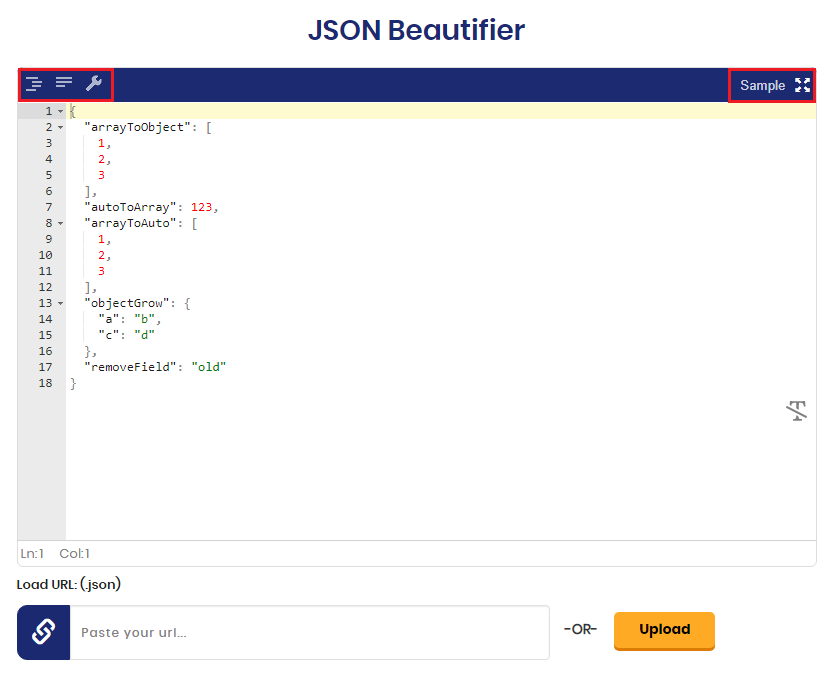 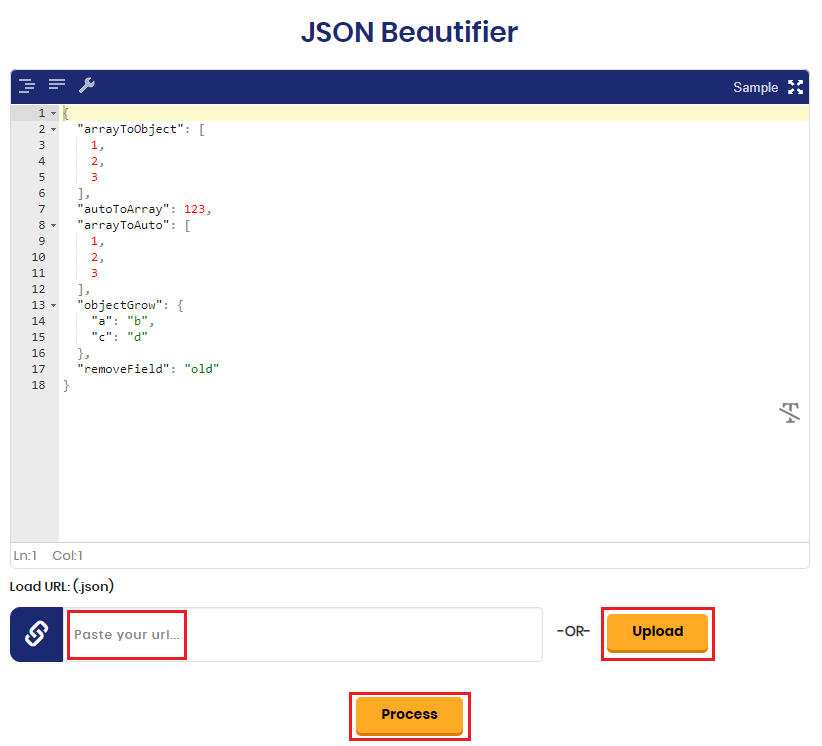 Most of the times JSON syntax can actually become compound, and we need to change its appearance in a more flexible way. The JSON Tree viewer can be an option that can let you make modifications in the work with clearance. JSON doesn’t have any data types, but the coding can become really complicated because of the amount of data you save in it.

Further, there are a variety of options available in the tool which can be utilized for keeping some memory. The minification, beautification, and various styles for viewing the code adds comfort to your work.

The pretty JSON tool will let you know about your errors so you can fix them manually else you can choose to correct all the indentations, extra white spaces and change all the JS objects to JSON on the click of just one button. If you think that the file will not pass the validation phase, then our JSON stringify pretty tool comes with an option to validate your JSON code. If in case, it doesn’t appear valid, then the reason is mostly the inappropriate syntax.

Further, JSON pretty online tool can be used as an editor, where you can practice your coding because it doesn’t require any external sources for converting the language to displayable format. The “Sample” option in the tool will let you know how exactly your work will appear in the program and what steps you can take to make it better.

For development motives, our site is filled with different tools, and for JSON, we have all the programs you need to make your JSON file better. The JSON editor and JSON Formatter are also located in the JSON tools sections, where you can examine your work with more options after beautifying it.

The JSON Editor works like a text editor as well where you can practice all your JSON codes and get results instantly. If you are finding it difficult to fix errors manually, then JSON editor can be the need of the hour. Also, there are conversion tools like JSON to XML and more found in this section which can be utilized to turn your JSON to XML. The conversion tool is mostly used in cases when you aren’t finding enough time, also why do it manually when you have an amazing online pretty format JSON tool waiting for you.

JSON doesn’t have any data types also unlike XML it doesn’t require any ending tags as well. Some of the valid JSON data types are String, Numbers, Objects, Arrays, Boolean, and Null. All the JSON strings are written in double quotes, in case you miss any, the JSON pretty print online will repair it for you. All the data is stored in JSON Objects and arrays; both of them can contain nested objects as well. As the editor lets you view the data in Code, text, tree, and form view, there is no way you will make a single syntax error.

All the objects in JSON are enclosed using curly braces; the data inserted in these objects contain key/value pairs and are separated by a comma. Accessing the data is easy; all you need is the index number, name, and the dot notation. The files you minify can be changed back as well without any additional efforts.